Syria could get more confusing as Saudi Arabia has expressed willingness to send troops into the country as part of the US-led coalition if a decision was taken to widen operations. Saudi Foreign Minister Adel al-Jubeir said there are discussions regarding the kind of forces that should remain in eastern Syria and whose they would be in response to reports that the administration of US President Donald Trump wants to replace the US military contingent in Syria with an Arab force. Meanwhile, Iraqi Prime Minister, Haider al-Abadi yesterday announced the start of a military operation to hunt dormant Islamic State (ISIS) militants in the Jazeera area northeast of Baghdad and Euphrates heights. He said it was to prevent the emergence of any terrorist group, days after a bomb-making factory was discovered in western Mosul. Insurgency-style attacks have been on the rise since the defeat of the group in Iraq. Lastly, Queen Bee shows why she is on top. To celebrate becoming the first Black woman to headline Coachella’s 19-year run, Beyonce is donating $100,000 to four historically black colleges and universities. The singer incorporated references to black culture throughout her history-making performance on Saturday, supported by a New Orleans-style brass marching band. Through her BeyGOOD initiative, a student for each school will earn a $25,000 scholarship. 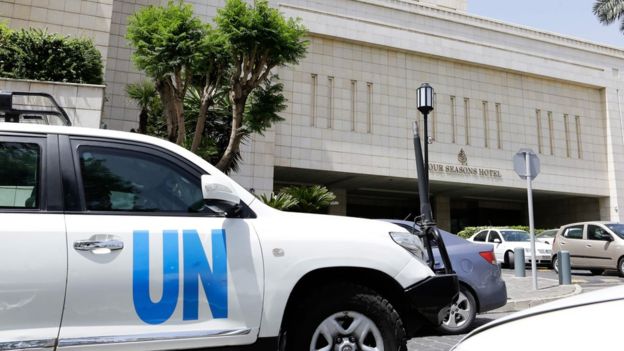