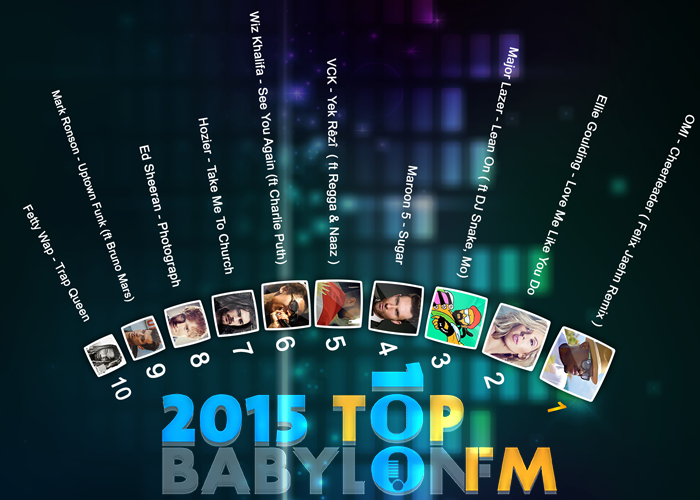 2015 was another difficult year for our region. With terrorists near us, millions of refugees in our cities, and a financial crisis, it was hard making it day by day in Kurdistan. Luckily, the music of 2015 gave us a way of forgetting things just for a little bit!

The year saw a surge in the popularity of deep house and trance in the music industry. Ballads such by Ellie Goulding and Hozier also dominated the year. The year also saw the comeback of hip-hop in pop culture with Wiz Khalifa and newcomer Fetty Wap leading the way. Veterans such as Maroon 5, Rihanna, and Bruno Mars also made their mark in the year.

However the number one spot was taken by an artist nobody knew a year ago! OMI with Cheerleader dominated the year with its Jamaican-flavored tune. Here’s a to great 2016!