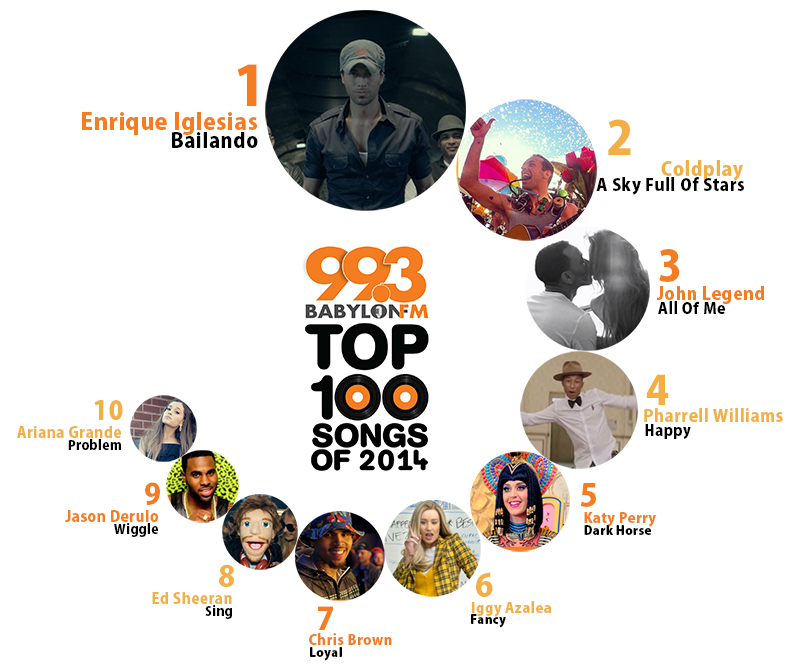 The 2014 year in music will not be forgotten! Mostly for the terrible things that happened in the region. The so called Islamic State (ISIS or Daash) took over nearby Mosul city, leading to hundreds of thousands of people finding refuge in our streets. At the same time, the economy went into a great state of depression, leading to people losing their jobs or having their salaries cut by as much as 75%.

It’s during difficult times such as the year 2014, that we need music more than ever! Babylon FM and our great hosts made us forget about our daily problems and the atrocities that were occurring just an hour drive from us.

We saw big names like Katy Perry and Ariana Grande dominating as usual, with new albums from fan favorites Coldplay, Pharrell Williams and Chris Brown. And the number one song of the 2014 Babylon TOP100 was a non-English song!

He look forward to a better 2015, where we can be singing happily again without any more wars.